However, I'm a little less familiar with the idiom "none the more …" meaning, I gather, "far … from being".

And so, I wish someone would tell me whether the expression "none the more …" is safe to use interchangeably with "far from …" in formal and not so informal contexts, or definitely belongs to informal, colloquial usage and, as such, should be best avoided in formal style.

… to my taste, it was none the more becoming for being fitted over broken stayed-bones… [source]

… the individual returns home poorer and none the healthier. [source]

I would say that it is the idiom "none the wiser" that you are thinking of. This means

I would then surmise that the authors of the sources you have given have simply substituted other adjectives into this saying. 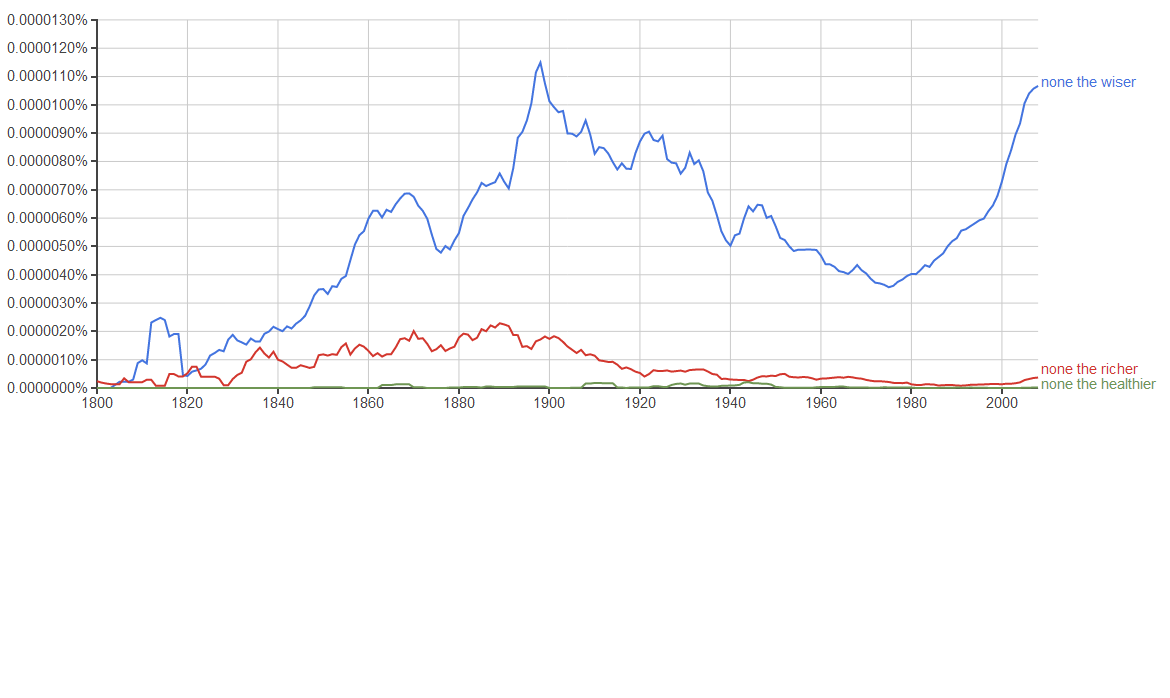 Nonetheless, with reference to the common idiom, we can assume that these other uses mean "still not [something], even after [something]."

Your third quote, in context, supports this:

it is clear that the medical establishment was unable to help their condition and after expensive tests and manifold prescriptions, the individual returns home poorer and none the healthier

That is, they are still not healthy, despite having sought treatment at a medical establishment.

With an adjective that takes "more" in the comparative, rather than an -er ending, we would of course then have "none the more", eg, "none the more beautiful".

To address your queries: it is not the same meaning as "far from", and is nonstandard outside of the idiomatic "none the wiser"; as such, it is best used in informal contexts.