I just entered Manhattan. On the map I have missions grouped in two categories: Events and Encounters.
What is the difference between them? 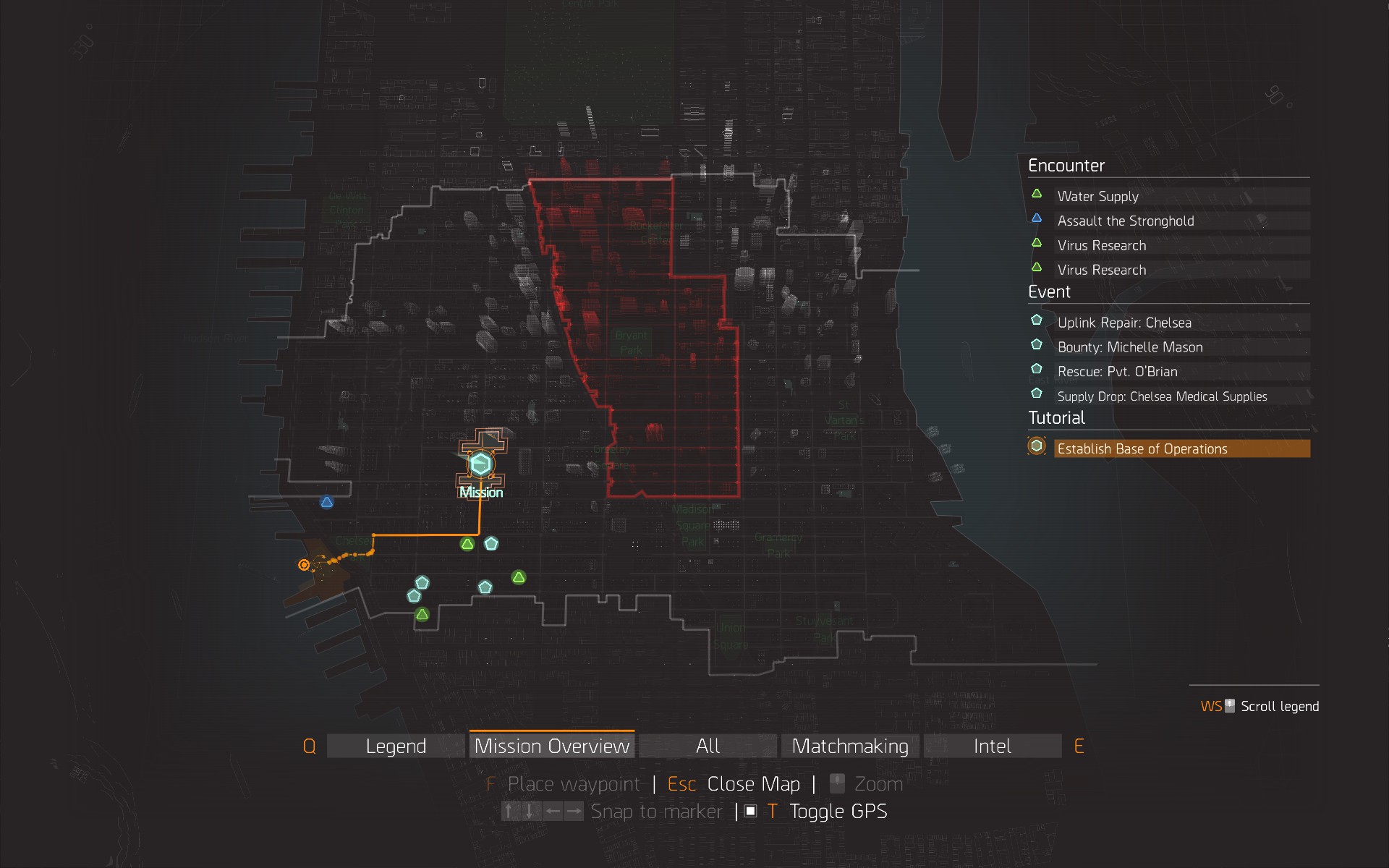 Events are actually side missions. They have more variance than encounters, but both serve as short detours, with an experience reward. Aside from that, they are quite different:

Once you have completely unlocked access to your base of operations, you can spend these supplies to upgrade the security, medical and tech wings. In turn, these upgrades will give you a variety of benefits, including access to new abilities and perks. You will earn a lot more supplies from completing main missions, but you will have to complete roughly two thirds of each set of encounters, if you wish to earn enough supplies to completely upgrade your base of operations.

You can mark an areas encounters on the map by interacting with the notice board in the areas respective safe house.

Side Missions are marked out as pentagons, on the map. They offer more variety, and a greater challenge, but also offer more experience.

Each side mission will also reward a blueprint, used to craft gear at your base of operations.

As a side note, once you have opened the tech wing for your base of operations, you can purchase the Canine Unit for 200 tech supplies. The Canine Unit unlocks the Intel Discovery perk.

With Intel Discovery, completing all side missions and encounters in an area tags all undiscovered intel, within the same area, on the map.

Found UAV, what is the purpose

What is the purpose of the UAV?

Found it, when you encounter the UAV you can cross hair over it and they turn red indicating an enemy. When enough damage is done to the UAV it drops what looks like a recorder. Picking it up rewarded +300XP.

I think playing the game at the appropriate level will make it more 'as it's meant to be played' but that might not do it for you!

If you get enjoyment from the sneaking, and regaling your work colleagues with stories of how you killed an enemy 10 levels higher than you, then it may be worth it just for that.

From a purely 'economic' point of view, it's probably not worth it.