It sounds like a silly question, but it caused way more discussion the other night in my Adventurer's league game than I'd care to admit…

In 5e, the prone condition is described as:

A prone creature’s only movement option is to crawl, unless it stands
up and thereby ends the condition.

A snake's only option is to crawl, and isn't capable of standing, as it has no limbs.

Is a snake (or snake-like creature) considered constantly prone?

If not, can such a creature be knocked prone?

Yes, Snakes can be prone

Prone is a condition (PHB, 290). And the only way to avoid that condition is to have some form of immunity or something else mechanically that prevents a creature from getting the condition.

For creatures, the statblock lists Condition immunities (if there are any). Spells, items, etc. will also state if there are any conditions that they prevent/mitigate.

No snake statblock lists immunity to the prone condition.

With no immunity to the condition Prone, they are susceptible to that condition and its effects.

Jeremy Crawford has confirmed this as well

If a monster is immune to the prone condition, that fact is noted in its stat block. Even legless creatures can be knocked over, destabilized, and the like (I've watched an upended snake flop around in real life—shudder).

Traditionally, we imagine prone as lying on one's stomach (and the associated 5e mechanic of crawling) - which is synonymous with a snake's normal movement of crawling. However, given that there is no condition immunity to snakes for Prone, then we have to think of it someway else. Maybe the snake is disoriented, or on its back, or in some position that leaves it with the same mechanical disadvantage as a bipedal creature on its stomach. 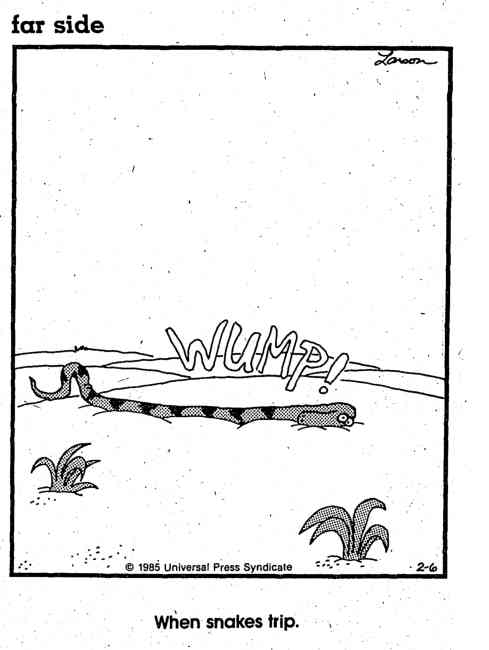 [RPG] Can a prone immobilized creature stand up

Yes, a prone immobilized creature can stand up.

The definition for Immobilized could seem a little fuzzy upon first reading:

When a creature is immobilized, it can’t move, unless it teleports or is pulled, pushed, or slid.

Until you note that Move is explicitly defined:

Any instance of movement, whether it is done willingly or unwillingly. Whenever a creature, an object, or an effect leaves a square to enter another, it is moving. Shifting, teleporting, and being pushed are all examples of moves.

An easy way to sum it up would be to say that the creature cannot leave it's square by it's own actions while immobilized.

An immobilized creature can’t reposition itself on the battle grid, but it’s not paralyzed. It can still stand up when it’s prone... (RC 232)

I should note that there are no conditions that explicitly prevent a creature from standing up. Neither Dazed or Restrained will prevent it. Conditions like Stunned, or Helpless would do the trick, but only because they prevent the creature from taking any action at all.

[RPG] Can the Phantasmal Force spell knock and hold someone prone

There is no RAW answer. It must be decided by the DM.

Firstly, this ambiguity is likely an intentional, direct consequence of 5e's design ethos of "rulings over rules" and the prominent role of the DM as the person that must make those rulings in the case where the rules are silent. Illusions and illusion magic are one area in which there is essential no general rules guidance, and thus falls squarely into the domain of DM-rule.

Jeremy Crawford said as much when asked about this exact question on Twitter:

Q: Can a creature under the effects of Phantasmal Force be restrained by it, i.e chains wrapping around a creature?

A: Phantasmal force details the few game effects that it can reliably create. A DM is free to allow additional effects.

Because illusions are a complicated issue, I will outline two of the major DM approaches to this issue. Since they take opposite stances to each other, any DM reading this will have to figure out which way makes the most sense, seems the most fun. and/or which way aligns better with how they've already been handling it.

The core of the disagreement is whether the DM rules that an illusion fools the mind so thoroughly that the body will react physically to it or not.

Interpretation 1: No, Phantasmal Force cannot chain someone and force them prone

In this argument, the spell looks and feels like a chain, but the chains (not being real chains) would not be able to restrain the creature since they would offer no resistance when the creature tries to struggle out of them.

The target rationalizes any illogical outcomes from interacting with the phantasm

Because of the above effect from the spell, the mind of the creature would try to rationalize this in some way (the chains broke, the chains loosened temporarily, etc.) but they would still believe the illusion to be true.

In this way the creature would not gain the prone condition because their movement is not actually inhibited in any way even though they believe the illusion is real.

See this answer for a more thorough take on this interpretation.

Interpretation 2: Yes, Phantasmal Force can chain someone and force them prone

While a target is affected by the spell, the target treats the phantasm as if it were real.

The chains also sound and feel real to the target in every way.

An affected target is so convinced of the phantasm’s reality that it can even take damage from the illusion.

So, in this case, when the creature tries to escape from its restraints, its mind, thoroughly convinced that the chains are real, will act under that assumption. Thus, the creature's limbs will be bound. And this creates the case for the fact that the creature is able to gain the restrained condition from this spell.

See this answer for a more thorough take on this interpretation.

So I have provided very brief overviews of two interpretations of the spell's effect. There are certainly more of them out there. As a DM, the key is to decide on one and apply it fairly, transparently, and consistently. Not only across this spell but other similar ones.