I am a crew member with a sci-fi LARP system. Rather than having a player character, I usually play as a disposable mook, and my characters spawn in, attack the players, then die in an entertaining way. Occasionally the organizers need me to be a vagrant or a bodyguard or some other character who would legitimately be armed but wouldn't have any intention of killing the PCs.

The players recognise me, though, and in my time with the system I've gotten more than a little blood on my hands. Either consciously or subconsciously it seems like they conclude that, because I'm around, things are going to get violent quickly.

I'd like the option of taking some non-confrontational roles, but I feel like I'm a bit type-cast. How can I make it clear that I'm not trying to kill the players this time? How should I equip and present myself?

Typecasts in LARPs can be a serious problem. In the future, I'd suggest avoiding getting into this situation in the first place - ask to play characters you're not usually cast as. This is difficult, so to the best of your ability, but the less you allow yourself to fall into a typecast, the less others will typecast you in turn.

That being said, it won't help you at this point. The above is a concern for future-you. The below is a concern for current-you. This might take a couple games to recover from, though, so don't be surprised if it doesn't change immediately. Typecasts are sticky, and it can be difficult to force people to see you differently, just as it is in real life.

I'm going to assume you've already done the obvious and told the other players directly that you're intending to play a nonviolent character. If you haven't done this, do this before anything else. Additionally, after games, discuss in whatever sort of postmortem you do what your expectations were for how others handled your character, and what you'd like to see in the future. If there were any nonviolent signals you broadcast that others missed, it might be worth pointing out to them so they don't miss them in the future.

Here's how you can specifically signal a change of character in-game:

There's an important bit in here that I didn't mention, and you may want to consider this. It's not something I can support with research, but it's a philosophy of LARP that's served my group well over the past years. It can be summarized like this: who you are is not your physical body. This is signaled in dozens of ways throughout the game - through costuming, mannerisms, game mechanics, death mechanics, etc.

The reason we have this philosophy is because it's important that, when out-of-game, you're not conflating the person you saw in-game with the person you saw out-of-game. Once the environment goes away, everyone is back to the way they were. If others are tying your character to your physical body, the assumptions they make about your character may come up when you're you, not when you're in-game, and that's a problem.

The side-along consequence of maintaining this philosophy is that you're much harder to typecast, because the characters you play aren't defined by your physical form. To rephrase the above: your physical body flavors your character, not the other way around.

Much of this comes down to practice teaching each other that who you are is different than the characters you play. This is abstract, I know; but as a guiding principle, I hope it helps in the future. This is a side point, though; the body of my advice is above.

I disagree with the suggestions that game mechanics will solve the problem. Things like XP penalties, and increasingly tough authority crackdowns may help; but, the real thing that drives empathy from players is good roleplay from NPCs.

Think about the things that make you not want to go around killing people in real life:

In a system like Shadowrun, or any other game involving mercenary or thief PCs, letting the opponents live may be a matter of "professional courtesy." If the PCs get a reputation for murder, NPCs may be equally ruthless when going after them, even developing a vendetta. The GM of my every-other-Friday Shadowrun game used this on us last session (Let us go! Please? Professional courtesy!)

I find that exploring the morality of an RPG gives the game a dark, cynical element, because the PCs are going to wind up killing, anyway - it's more dramatic and compelling if they have to think hard about their actions, like the good guys you see in any crime drama. It's great for games like Shadowrun, and Eclipse Phase. I think it's just as applicable to D&D - it's just a function of the DM's storytelling style, plot, and setting. Some people use D&D to create epic tales, and other people use it as a board game. I prefer the former.

[RPG] I’m not a DM anymore. How to adjust to being a player again 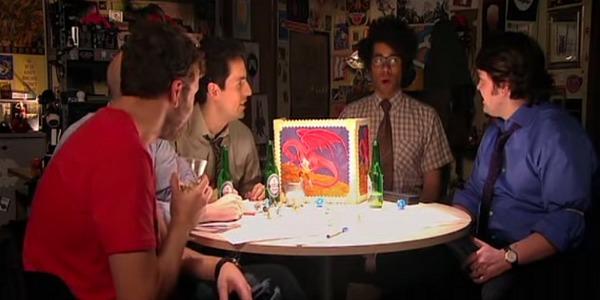 While you were a DM you crafted worlds, made them react to the actions of your players in the best manner you could all the while crafting villains and plots out of frame for the heroes to discover and tangle with. This type of world building and plot knowledge has a very particular flavor of enjoyment, but losing it does not mean its not replaced by a different, but equally valid type of enjoyment: Exploration of the unknown. As a player you won't know whats behind that door. Whether or not the town guard captain is susceptible to bribes or that the wizened wizards who's been helping you along has actually been using you to accomplish his own nefarious ends. Revel in the unknown and the promise of adventure it holds. 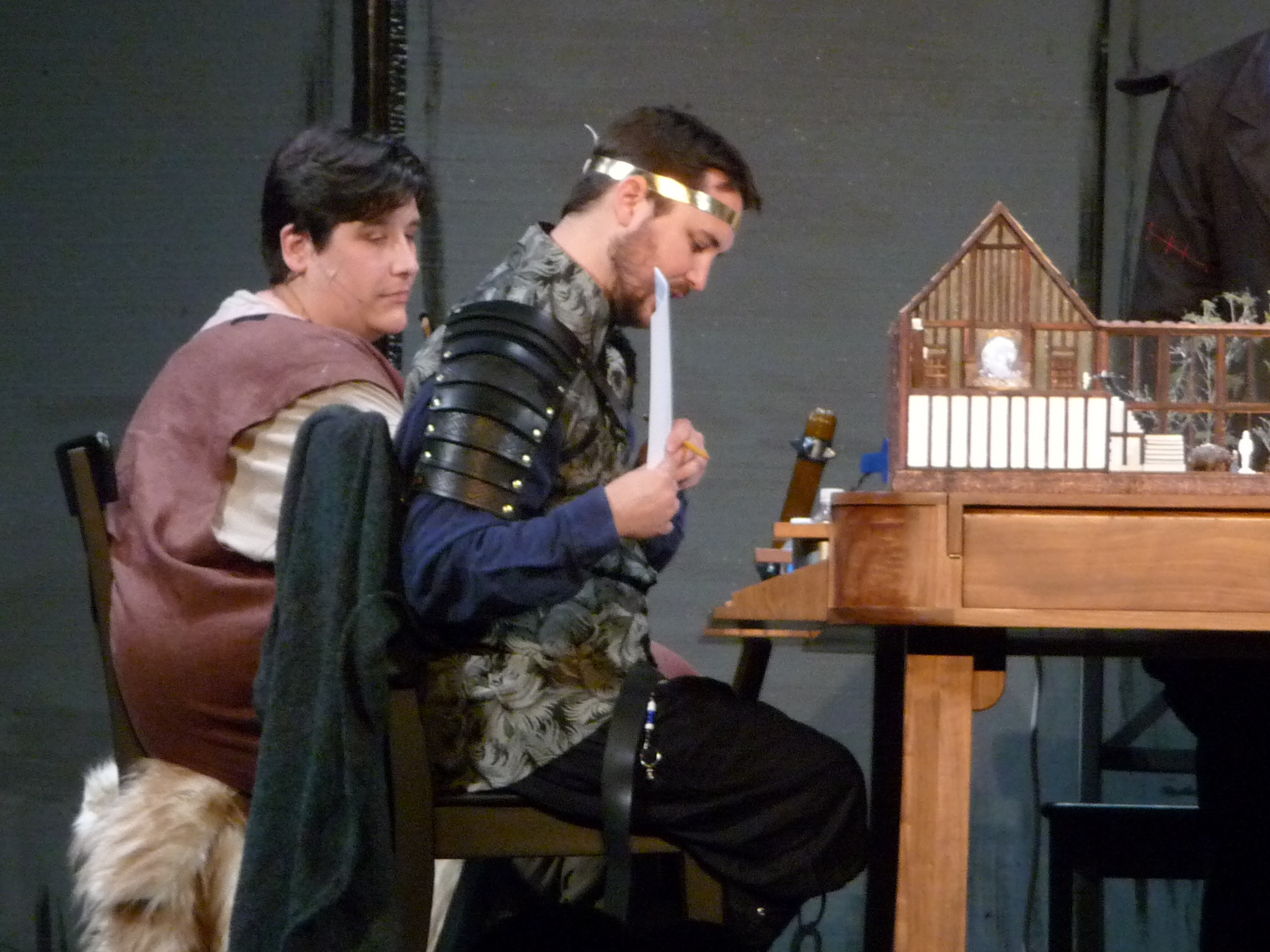 Be a Part of the Team 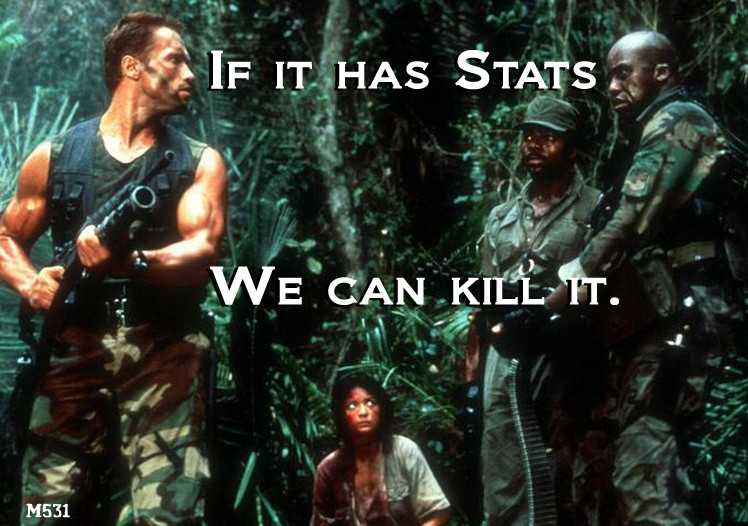 Before you were on your own as DM, there may have been helpful rules lawyers to help you with tricky rules situations or help maintain rules balance at the table, but regardless of your DM style you were making a world and controlling the aspects of it that were directly antagonistic to the players. As such you were on the other side of the DM screen, a powerful but lonely place to be. Rather than focusing on the loss of complete control of one side of the game, focus on how you can work together with your team to overcome a milieu of obstacles, probably in ways the current GM never expected. Play up and indulge in in-character interactions with the other players at the table and really put the roleplay back in roleplaying game.