The group I'm DM'ing for has a warlock-sorcerer, and she claims that the wording of the metamagic option Empowered Spell works on the whole spell, and not a single attack, so therefore all of her Eldritch Blast beams can be affected using just one sorcery point.

Empowered Spell: When you roll damage for a spell, you can spend 1 sorcery point to reroll a number of the damage dice up to your Charisma modifier (minimum of one). You must use the new rolls.

I found it hard to argue with her, because it doesn't say one attack, it says "a spell" so I just let her play it that way. Did I do the wrong thing? Should it be one sorcery point per beam?

Your Player is Probably Correct

Empowered Spell requires only that the spell have at least one damage die, and that the player choose to expend a sorcery point on those dice.

A few people here have argued that because Eldritch Blast involves multiple attack rolls, that only one die per roll would be eligible for each use of the Empowered Metamagic, but Crawford argued for Chaos Bolt that the sorcerer would get to reroll as many damage dice as the player's charisma modifier, even if those dice come from other attack rolls than the original. So there's clearly a precedent that those other damage rolls count as part of the overall "damage roll", even if they come from separate Attack Rolls.

While skoormit has pointed out that the average percent increase for 1 die is 21.43, the overall increase for multiple dice is not straightforward, and highly depends on your Charisma modifier, more so for more dice.

I used a small python script to roll xd6. The lowest c dice (where c = positive Cha modifier) were re-rolled, unless there were less than c dice below average. The following data was gathered by averaging over 100,000 of such sets for each combination of x and c. 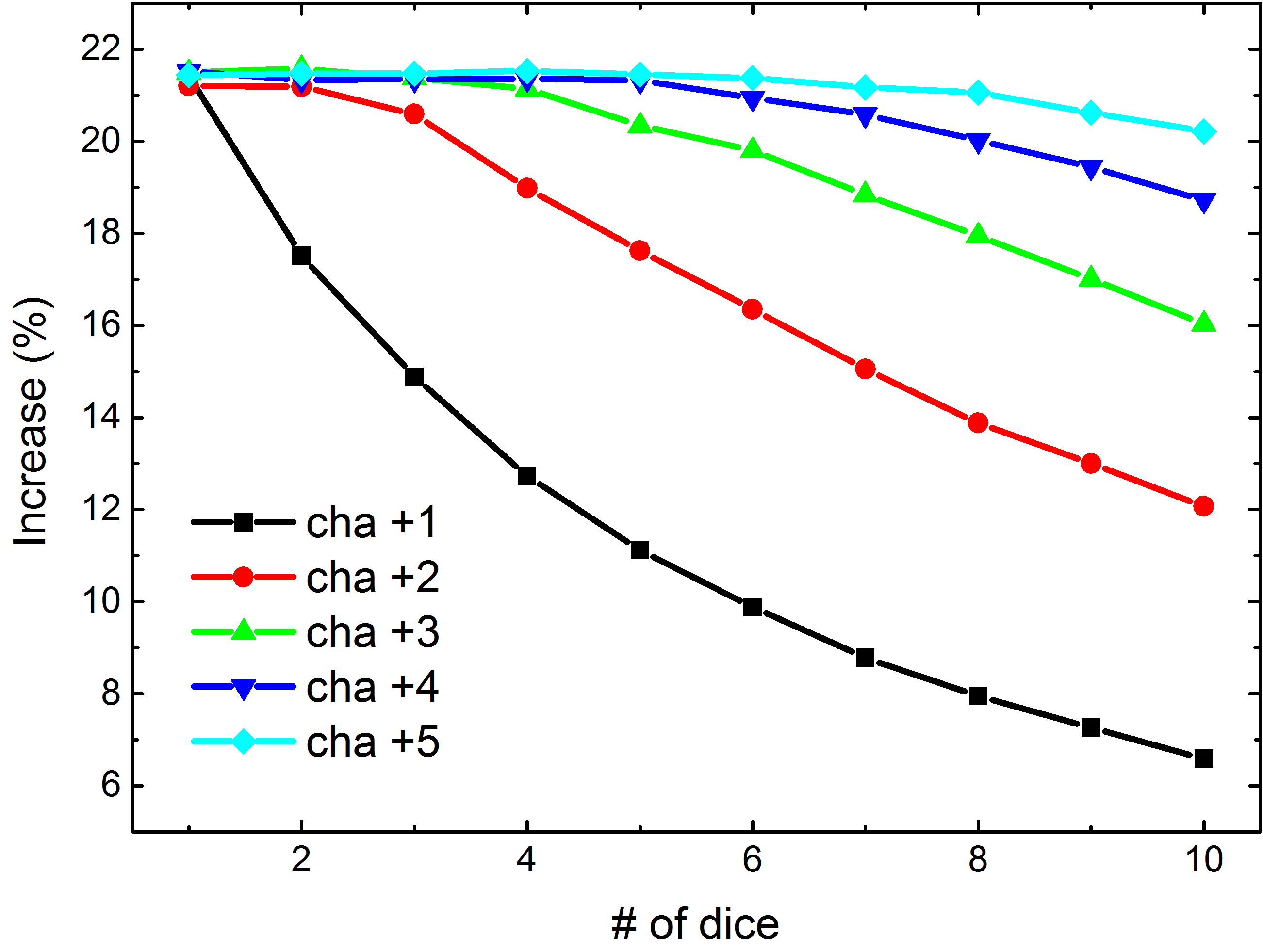 As you can see, the increase drops rapidly below 20% for x > c, though the slope becomes less steep as c increases.

You choose to do this after you have rolled the damage. Note that it says "you can spend 1 sorcery point to reroll a number of the damage dice ..." To be able to reroll dice, you must have already rolled them.