Our party is currently looking for a way of destroying or heavily damaging a castle-like mansion. It is a tall stone building, roughly 45×45 meters. While researching the ways of doing it, our druid recalled that he can Move Earth from under a castle. A 5th edition version of the spell is more thorough and mentions that you can lower the earth's elevation and that

If the way you shape the terrain would make a structure unstable, it might collapse.

However, it seems that 3.5 version of the spell can only move 10ft.-deep chunks of earth.
Will 3 casts of the Move Earth spell (e.g. 30ft. of earth gradually removed from under the half of the building) be enough to heavily damage or topple it? Or will our druid just create a Pisa-like landmark for the people living nearby?

It used to be a common siege tactic to dig a tunnel (which with the battlefield engineering available at the time would be less than 10 ft.) under the enemy wall or tower, secure the ceiling with wooden supports... and light them on fire. The aim was to dig the tunnel under a load-bearing fragment of the structure, such as a corner. Removing earth veeery slowly would possibly leave the part of the structure directly above intact, but the connection between it and the rest of the building, the part sitting on the edge of your earthworks would be reduced to rubble.

FYI, enjoy an image presenting a brick building which suffered from earth settling due to mining activity. The ground settling happened over years and the height difference was less than a foot in height. 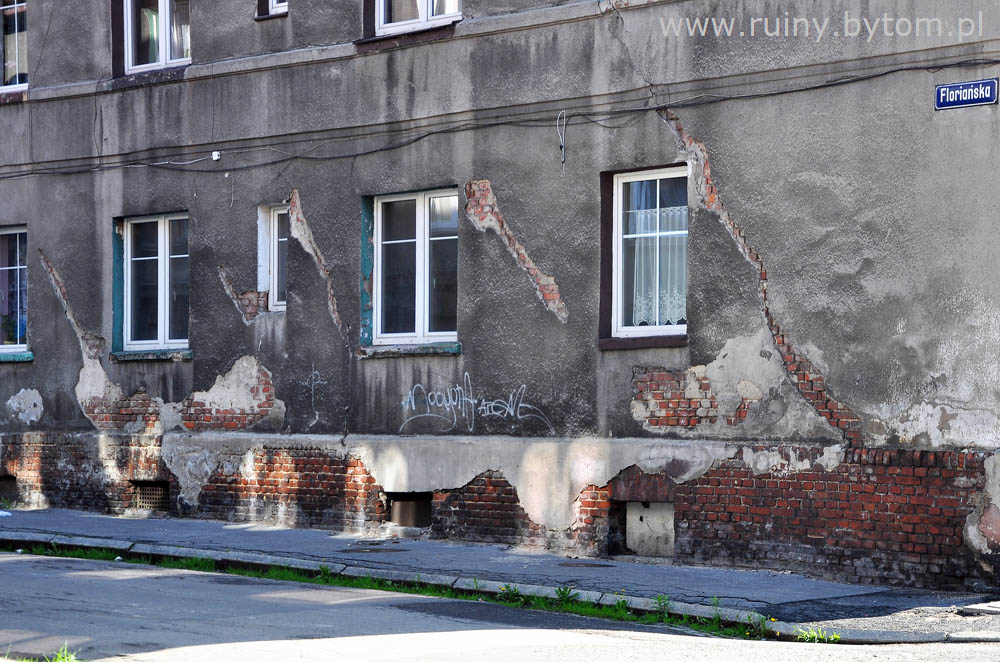 Imagine what 10 ft. of difference would do to that wall.

Walls are made of crumbly materials and don't stretch well at all. Stretching a wall 10ft. downwards will definitely make it crumble in the seams.

[RPG] What happens to you after you die

Fundamentally, it is a philosophically unsound extrapolation and pastiche of normal earth religious afterlife myths mapped onto a system that allows for fairly trivial rezzing. The morality of death, when subjected to rigorous philosophical analysis, does not make for particularly good drama or narrative arcs. Determine the philosophy of your universe to suit your character goals.

Cosmology and the Afterlife:

Greyhawk uses the classic "Great Wheel" cosmology as defined in the Manual of the Planes and the Planescape setting. After death, the souls of the dead travel to the plane of their deity and become petitioners. The souls of those who die believing in no deity vanish from existence, although it is rumored that a dark power is secretly harvesting these souls for some awful purpose.

Upon its death, a mortal creature that served a deity faithfully will reform on the home plane of that deity. If the new petitioner continues to serve its deity, it can be made even more powerful. Most petitioners, however, are content to simply live out their eternity in whatever form their god has chosen for them.

In Planescape a petitioner loses all knowledge of their previous life. They are also unable to advance beyond the zeroth or first level of experience.

In Dungeons & Dragons 3rd edition (also referred to as 3.0) and 3.5 edition, Petitioner is a template from the Deities and Demigods book. The template uses the base stats of a creature and remakes it so that it has 2 HD and nothing more. A deity can have an unlimited number of such templates servants.

Note, however that this rather undermines the punishment-fantasy role of the afterlife, as Frank and K note:

In D&D, creatures do not "fall" into Evil. Being Evil is a valid choice that is fully supported by half the gods just as Good is. Those who follow the tenets of Evil throughout their lives are judged by Evil Gods when they die, and can gain rewards at least as enticing as those offered to those who follow the path of Good (who, after all, are judged by Good Gods after they die). So when sahuagin run around on land snatching children to use as slaves or sacrifices to Baatorians, they aren't putting their soul in danger. They are actually keeping their soul safe. Once you step down the path of villainy, you get a better deal in the afterlife by being more evil.

The only people who get screwed in the D&D afterlife are traitors and failures. A traitor gets a bad deal in the afterlife because whichever side of the fence they ended up on is going to remember their deeds on the other side of the fence. A failure gets a bad deal because they end up judged by gods who wanted them to succeed. As such, it is really hard to get people to change alignment in D&D. Unless you can otherwise assure that someone will die as a failure to their alignment, there's absolutely no incentive you could possibly give them that would entice them to betray it.

You are essentially struggling with the morality of death in D&D. There is no "one" answer. I urge you to choose what flavour of morality and law you want in your world from this excellent discussion, as that will inform whether or not assassinating a chaotic evil overlord is a good act.

Also, if considering the implications of death and souls, this quote from HP:MoR is quite relevant:

"All right," Harry said, trying to keep his voice calm, "I'll hear out your evidence, because that's what a scientist does. But first, Headmaster, let me tell you a little story." Harry's voice was trembling. "You know, when I got here, when I got off the train from King's Cross, I don't mean yesterday but back in September, when I got off the train then, Headmaster, I'd never seen a ghost. I wasn't expecting ghosts. So when I saw them, Headmaster, I did something really dumb. I jumped to conclusions. I, I thought there was an afterlife, I thought no one had ever really died, I thought that everyone the human species had ever lost was really fine after all, I thought that wizards could talk to people who'd passed on, that it just took the right spell to summon them, that wizards could do that, I thought I could meet my parents who died for me, and tell them that I'd heard about their sacrifice and that I'd begun to call them my mother and father -"

"And then," spat Harry, the fury coming fully into his voice, the cold rage at the universe for being like that and at himself for being so stupid, "I asked Hermione and she said that they were just afterimages, burned into the stone of the castle by the death of a wizard, like the silhouettes left on the walls of Hiroshima. And I should have known! I should have known without even having to ask! I shouldn't have believed it even for all of thirty seconds! Because if people had souls there wouldn't be any such thing as brain damage, if your soul could go on speaking after your whole brain was gone, how could damage to the left cerebral hemisphere take away your ability to talk? And Professor McGonagall, when she told me about how my parents had died, she didn't act like they'd just gone away on a long trip to another country, like they'd emigrated to Australia back in the days of sailing ships, which is the way people would act if they actually knew that death was just going somewhere else, if they had hard evidence for an afterlife, instead of making stuff up to console themselves, it would change everything, it wouldn't matter that everyone had lost someone in the war, it would be a little sad but not horrible! And I'd already seen that people in the wizarding world didn't act like that! So I should have known better! And that was when I knew that my parents were really dead and gone forever and ever, that there wasn't anything left of them, that I'd never get a chance to meet them and, and, and the other children thought I was crying because I was scared of ghosts -"

If you're actually struggling with whether destroying the mortal shell of an immortal soul is immoral, considering the implications of how people should act with the fundamental knowledge of souls and their existence is a fun philosophical problem. On the other hand, I doubt that your DM really wants to consider how peoples' behaviour changes when they understand and can prove an entity separate from the meatbag exists, as the triviality of resurrection and the implications of animating grandfather to have another farmhand are... not particularly interesting to most groups.

At the end of the day, I would choose whichever options give you an interesting moral question without making your choices either trivial ("Meatbags? Who cares?") or stupid ("Wow, I know my soul will be devoured if I do this. I can watch this process in action. Maybe I shouldn't do this.")

It's Not as Much Fun as It Should Be

Thus the spell time stop is suppressed until the duration of the spell anti-magic field expires.