I use Photoshop mainly, as do many professional cartographers. I often use Illustrator in combination with Photoshop. Things like initial outlines of coasts and things I find best in Illustrator, but then move to Photoshop for the real polishing of the look and feel.

Modern style floor-plan maps I've started to make in Flash, it's just turned out to be the fastest method for me.

Sometimes I'll use Autorealm to generate some fractal coastlines or rivers quickly as well.

I did persevere with Campaign Cartographer for many years, but found it hard to use and the maps always looked like every other CC map.

Here's the kind of look and feel I'm able to achieve quickly in Photoshop. 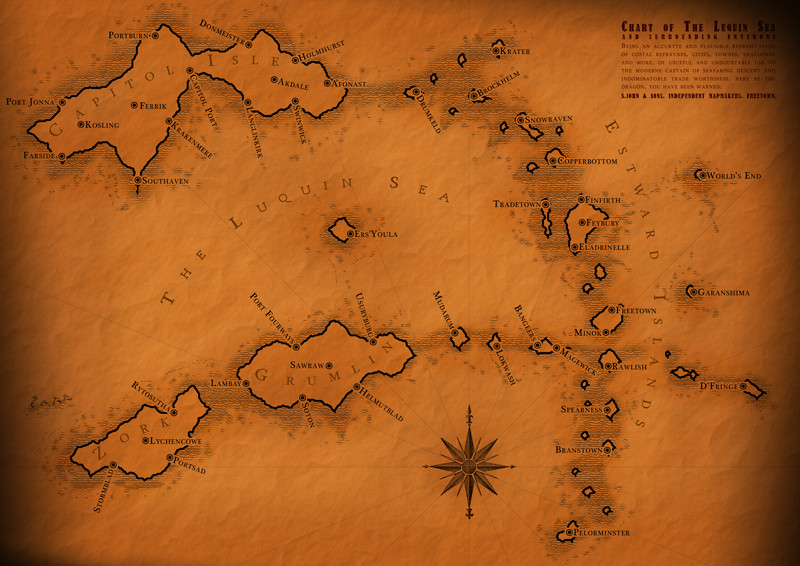 And here's a map I'm making in a style that I really couldn't imagine doing in anything other than Photoshop. 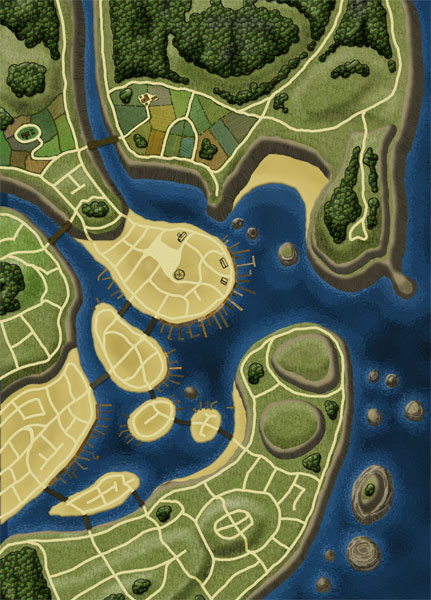 Any of these styles should be possible in other programs like Paint.net or PaintShopPro. Part of what I try to maintain whilst using Photoshop is to make things as fluid as possible with regard to change, so I use a lot of non-destructive style techniques using adjustment layers and layer masks, I'm not sure if Paint.net or PSP have all those features.

You don't exactly need plugins for this sort of thing: the most important skill for using raster software like the GIMP for map-making is learning how to use the existing functionality to get the effects you're interested in. However, depending on what you're going for, there are plugins that can help.

The hardest part of making a fantasy city map is laying down the streets—everything else (city walls, surrounding terrain, water, building fill, text, etc.) is the application of more basic cartography techniques. If you've got a small city or are drawing only a high-level view of it you can get away with hand-drawn streets, but for more complex streets like in this city map that would be mind-meltingly tedious.

If you're on Windows using the GIMP, there is a Voronoi diagram plugin binary that can randomly generate street-like lines (as seen here) suitable for a city map, but it's an old plugin that isn't maintained anymore. I haven't been able to find any others, though.

Another method is to use something other than a plugin to generate a network of lines: this tutorial uses a city-generating program to create a street network image, which is then imported as an image and traced by hand. Another sources of "street-like images" you can trace is stock photography of broken glass.

For a less street-dense map, working on improving your map-centric image manipulation skills has more payoff for the time invested than experimenting with plugins to do the job. This tutorial on creating fantasy city maps at the Cartographers' Guild is an excellent place to start even if it is written with Photoshop in mind.

Finally, the unquestionably-best way to learn how to create fantasy city maps in GIMP (if you haven't already guessed from the festival of links) is to sign up at the Cartographers' Guild forum so you can read through the reams of material there. Try a search for "city streets" for pages of discussion and pro-looking maps to get an idea of what's out there.

Actually, combat in a modern city should be a lot more interesting than in most fantasy settings! That's because of the complexity of the terrain. The opponents the players are facing may have numerous types of advantages.

Limiting the fights to simply choosing the target and rolling the old faithful combo can indeed be boring, but fights don't have to look that way! Try to have all of this in mind when designing maps, and I think you'll be able to come up with interesting ones!